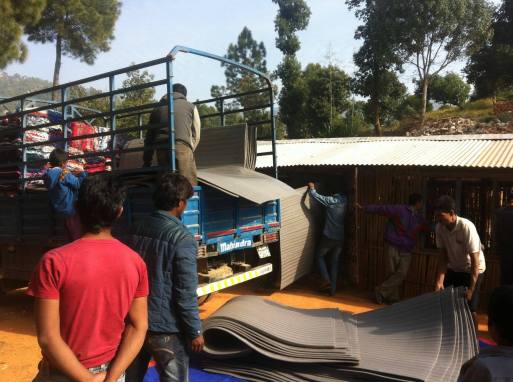 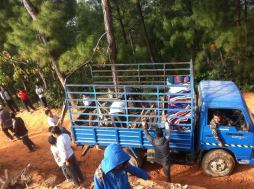 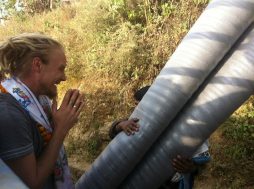 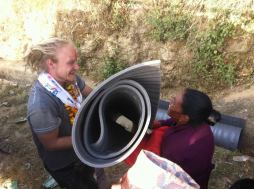 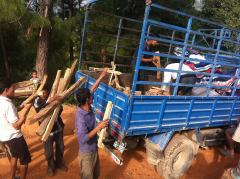 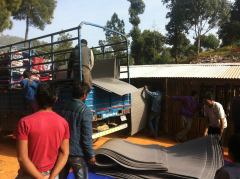 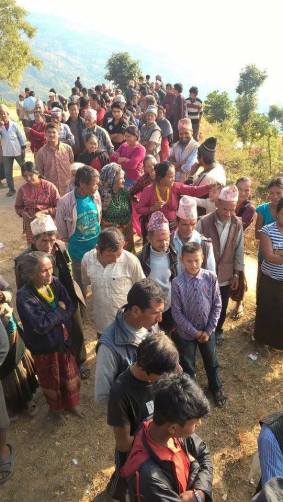 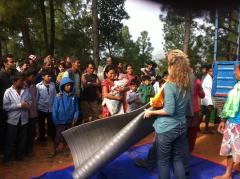 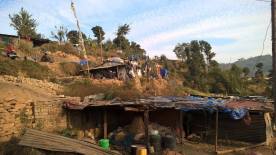 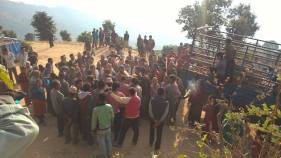 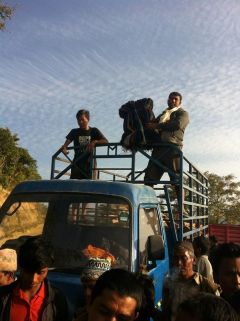 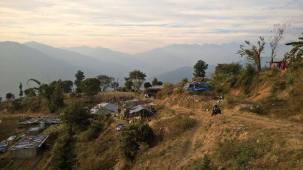 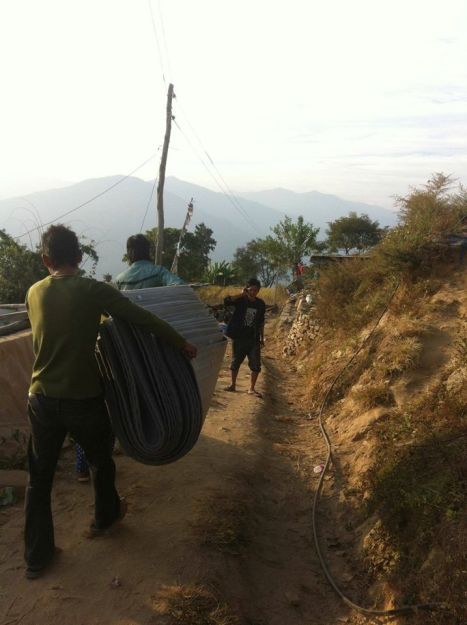 The situation in Kathmandu worsens dramatically. Nepal has not received any gasoline, natural gas or medical supplies for more than two months now. One can only obtain petrol, if at all, on the black market, petrol that has been smuggled through the perilous border crossings. Yesterday the Nepali Times wrote that a man was “caught” smuggling gasoline across the blockade in Madhesi. He was doused with the smuggled gasoline and sent on fire… UNBELIEVABLE! The Hindu, religiously influenced, ethnic group Madhesi is composed of settlers who originally come from India. They form about 20% of Nepal’s total population. The Madhesi feel not sufficiently considered in the new constitution, claim their own district, and especially demand more influence in the new, communist-oriented government. In Nepal, everyone is now sure that this blockade was actually initiated by India and that the Madhesi are strongly supported by India. It is a demonstration of Indian power, aimed at holding on to its political influence, at the risk of bleeding out one of the poorest countries in the world. You only get gasoline if you know somebody, who knows somebody, who perhaps has some. You pay around €5 per litre and you’re often cheated with the amount of the already adulterated gasoline. Gas for cooking is no longer available. Therefore, for weeks, the 1.5 million inhabitants of the city Kathmandu have been actually cooking with wood and anything else that burns. At dinner time the smog is burning the eyes. Even wood is scarce and it is only sold in small amounts. The rations are not sufficient to cook for a family, so more and more women pick up the smallest wood scraps on the streets in order to have something for a fire. Many small restaurants had to close. The operators are deprived of their livelihood, but still have to pay the rent. Tourism is the largest economic factor and it has shrunk by at least 75% compared to the previous year. Many schools are faced with the threat of closure, in which case the children must be sent back to the destroyed villages, since they can no longer be cared for. Hospitals are gradually running out of drugs. Already, complicated operations can partially no longer be carried out. The only available source of energy is electricity. However, the demand has increased immensely as many try to cook with electricity. Consequently there are regular power outages. In the district of our friend Naresh, residents only had electricity for a few hours at night during the past 4 days. The prices of staple foods such as lentils have tripled in just a week and continue to rise. There are millions of people who have lost everything after the earthquake and have to survive the winter without help in tent cities and tin sheds, as even seven months after the earthquake the reconstruction still has not begun. “Kirghani” means “what can you do” and the word is often used these days. But you can hear that it is no longer uttered with the typical Nepalese ease, but it is more and more uttered in great despair. There is just a lot going on in the world, but I would ask you not to forget Nepal. These wonderful people need our help more than ever.